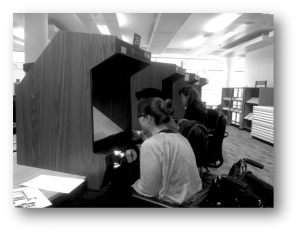 This stage of the project saw a team of archive researchers delve into newspaper archives to uncover quirky stories from Toxteth’s past. Using both digital and micro-film archives, the team created a database of stories that appeared in the Liverpool Daily Post and Liverpool Echo that mentioned the word ‘Toxteth’. Our research will focus on newspapers published between the years 1850 and 1900.

The database is available on an open access basis online via our resources page and in Liverpool Central Library. 20 of the most interesting stories from this database were put forward to a public vote and the most popular 8 stories were selected to be transformed into animations in stage two. You can read about our research journey on our research blog.