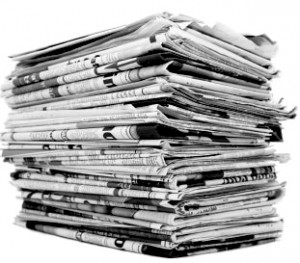 The research process has been unearthing an array of newspaper stories from Toxteth’s past…from sacrilege in a Church through to severed heads…but the story we thought we’d share with you this time is one about a lady – a lady medical assistant nonetheless! In the 1850s the workhouse in Toxteth was recruiting for a medical assistant and when surveying the applications that had come in, the board of people who ran the workhouse came across an application that stood out from all of the others. “Why did it stand out?” we hear you ask…well it stood out for the simple reason that the applicant was a female.

Yes, you read correctly, the application stood out because of the person’s gender. The gender of the applicant created a divide in the board, with those wanting to offer the female in question an interview as she did have the relevant experiences and those objecting to this on the grounds that she was a lady. Unfortunately the latter group were the majority and the female applicant was rejected on the basis of her gender. It would have been great if the board would have appointed the female medical assistant and in their own way broke down gender barriers. That would have been a great tale for our collection – but they didn’t…nonetheless we feel that this story is still a little gem as it says so much about the social, cultural and political climate of the time. The story has the scope to lead into a discussion about gender equality and more general equality & diversity issues within the workplace. We feel it’s an educational resource in the making!

The story also got us thinking about what heritage researchers in 100s of years to come will think about our society? When looking back through newspaper stories from our times what will the researchers of the future think about us and the way that we lived? Will they judge us as a fair and equal society, or will they think our ideologies and social structures are wrong? We guess part of the answer will be dependent on which newspapers they read!!! We’d love to hear what you think…How do the newspapers represent us? Is gender discrimination alive and kicking – if so, in what forms? Answers to the above on a postcard – or on a comment below!